We know what we're talking about. We use the expertise we have built over decades to the benefit of all our clients.

“In an age of ever larger firms of solicitors, George Ide LLP stands out as a beacon of truly personal service against the backdrop of warm and welcoming staff. Not only does Paul Fretwell possess real expertise in high value personal injury claims, he brings charm and real commitment to everything he does. No Claimant could be other than impressed by his willingness to go that extra yard in their cause. The legal industry would be a better place if there were more like both the firm and Paul Fretwell.”
Will Waldron QC

Our client, a British soldier, suffered catastrophic spinal injury in Cyprus while on active service with the Army.

While on active service as a British Army soldier in Cyprus, our client was involved in an incident and suffered catastrophic spinal injuries resulting T4 paraplegia – the Ministry of Defence (MoD) accepted responsibility, so liability was not in dispute.

Understandably, our client had chosen to live life in his own way, lovingly supported by his close family – with a focus on being as independent as possible, his positive attitude was much to his credit, although his determination did at times present challenges for the healthcare-trained case manager appointed by George Ide partner Paul Fretwell and his team.

As the case proceeded, Paul’s team succeeded in securing very substantial interim payments for our client, in order to enable adaptations to be made to his accommodation and to fund his college and university attendance as well as top-quality support including a support worker and therapist, equipment, aids, transport and overall case management.

In order to claim for the loss of our client’s Army career, his legal team worked hard to obtain and present statements from former and serving soldiers, despite the understandable misgivings of some witnesses who were concerned about the personal consequences of giving evidence against the MoD. However, as lead lawyer, Paul proved adept at maintaining good professional relations and a constructive dialogue with the MoD defence team. His success in keeping the lines of communication open, despite a failed joint settlement meeting and a breakdown in negotiations between the respective parties’ barristers, was a crucial factor in reaching a settlement.

The case eventually settled for £3.64 million, the bulk of which was invested in a personal injury disability trust to provide our client with much-needed financial security for his future. With the benefit of support and advice from George Ide’s in-house trust and investment specialists, our client has been able to buy and adapt new accommodation to meet his needs and further his dream of living his new life as independently as possible.

At the end of this complex, challenging and hugely rewarding case, Paul received the following letter of appreciation:

“I would like to thank you for the effort, determination, understanding and, most of all, the respect and belief that you gave to me and my family. You gave us hope when we were feeling at our lowest and made things that were sometimes hard to see a lot more clear. We will forever be grateful. I know it’s your job but you gave so much more.”

To find out how our personal injury solicitors could help you or a loved one, click here, call our Chichester offices on 01243 786668, write in confidence to our personal injury team at info@georgeide.co.uk, or contact our specialists directly using the details shown.

George Ide LLP. We’re on your side

Investment – The Near Term Future for the United Kingdom

Although Brexit is not yet fully settled, much economic uncertainty has been removed by the resounding victory of the Conservative Party in the General Election on 12th December 2019. So what effect will this have... Read more 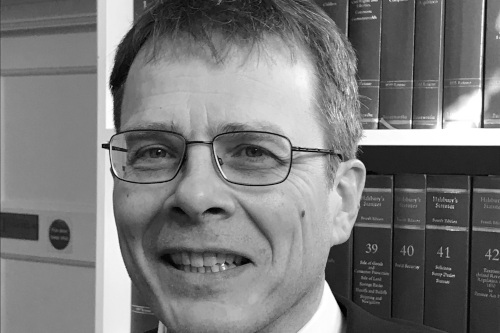