Trust is at the heart of our relationships. You can place your affairs in our hands with full confidence.

Striking out for the North Pole – a very personal fundraising odyssey

Having lost both my father and brother to cancer it made perfect sense for me to tackle an Arctic challenge of stamina and endurance in order to pay tribute to them and to those who helped my whole family through those dark days. 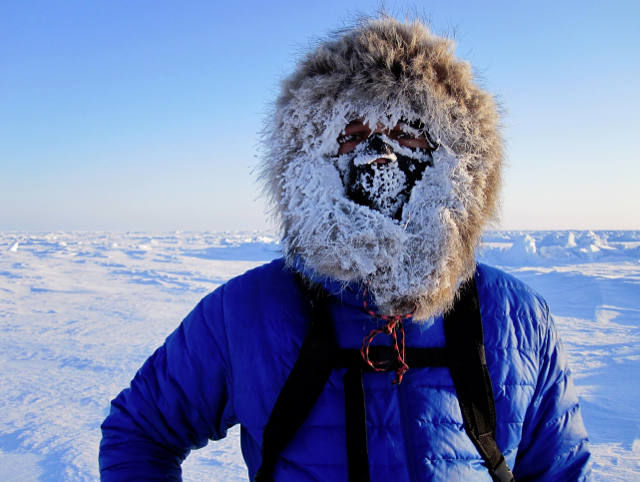 Trekking across ice to the North Pole may sound extreme but, to my mind, the hardship we encountered was negligible compared with the pain and distress faced every day by cancer sufferers and their families – and, with the help of generous sponsors including George Ide LLP, we have been able to raise much-needed funds for Cancer Research and for Chichester’s local St. Wilfrid’s Hospice.

Our journey began with a flight to the Norwegian islands of Svalbard, to the east of Greenland; from there we flew to a temporary scientific research camp set up on the ice 100 miles from the North Pole by Russian military personnel. Using the camp as our base, we set out to complete the ski-trek across the polar ice, camping overnight in the frozen wilds, in temperatures as low as minus 44 degrees Centigrade. We made fast progress, despite having to evacuate our doctor, Camilla, who suffered frostbite on the third day. Conditions were especially harsh for the season, with average temperatures around 20 degrees Centigrade lower than at the same time last year, but the ice was good and it held well for us.

We reached the North Pole on 10 April 2017, four days earlier than expected, after a truly awe-inspiring journey that proved to be a huge test of physical endurance and mental strength. In all, we took about 200,000 ski-steps, pulling sledges weighing up to 90kgs through some of the most hostile terrain on Earth. And we were lucky – in contrast, a team four kilometres behind us was attacked by a polar bear! 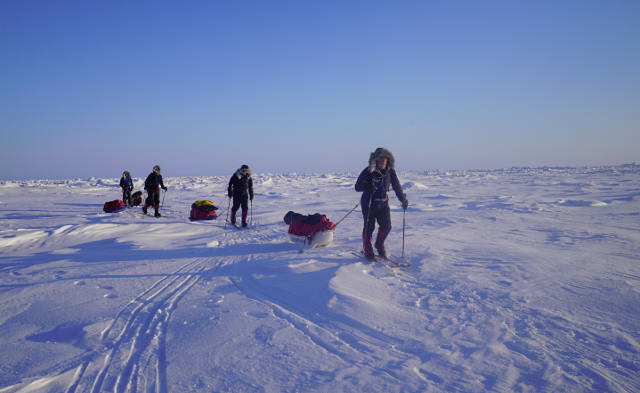 Throughout the months of preparation and painstaking planning, and during the once-in-a-lifetime trip itself, my aim was constant: to raise awareness of the amazing work taking place at our local area hospice, St. Wilfrid’s.

Over the 30-odd years since St. Wilfred’s opened its doors, thousands of local families have benefitted incalculably from the unfailingly tender care and understanding of staff at the hospice, which relies heavily on private fundraising, legacies, and donations. Last year, government funding through the NHS contributed less than 15 per cent of the hospice’s running costs. Now, with demand for hospice places ever on the increase, St. Wilfrid’s has launched a campaign to raise money for a new building – its Dreambuilding – in a bid better to serve the local community. 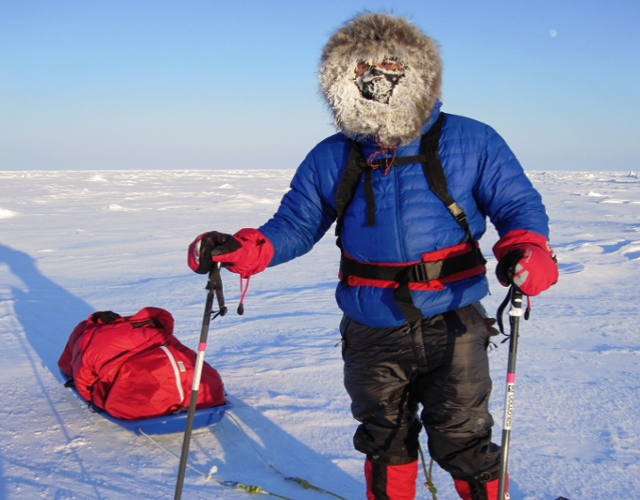 I’m proud that, so far, through my very personal Arctic odyssey, we’ve raised more than £11,000 to help make the St. Wilfrid’s Dreambuilding project a reality. I’d like to thank everyone who has made a contribution of their own, however small, to this very deserving cause – and thanks again to George Ide staff and clients for their unfailing support and encouragement. It would be wonderful if we could boost our final ‘Arctic’ donation total to £15,000 – click here to see how we’re doing!

George Ide
Please recommend us if you liked this post:

Good evidence and advice from expert specialists proved the key to success for our Charles O’Brien in a recent complex personal injury case in which he secured a substantial sum for a client who suffered... Read News

© 2022 George Ide LLP is a limited liability partnership registered in England and Wales, number OC336392. The registered office is 52 North Street Chichester West Sussex PO19 1NQ. Our London office is 1 Hinde Street. We use the word 'partner' to refer to a member of the LLP or an employee or consultant who is a lawyer with equivalent standing and qualifications. Authorised and regulated by the Solicitors Regulation Authority - Number 488565. Authorised and regulated by the Financial Conduct Authority.